“Happiness in intelligent people is the rarest thing I know.” -Ernest Hemingway

Racing at HITS last weekend was a blast and gave me some answers on where my fitness was. And this week really showed me that the ability to recover is as good of indicator of fitness. Bouncing back from hard efforts is key. With four half-ironmans leading up to the Full Vineman in late July, I’m looking to race a little better each time I toe the line at each of these 70.3 distance events. The idea being, that the speed from half-ironman will carry over into a faster Ironman. That’s the theory at least. And, above all, I just want to have a blast with the training and racing and see if I can catch some folks on the run! 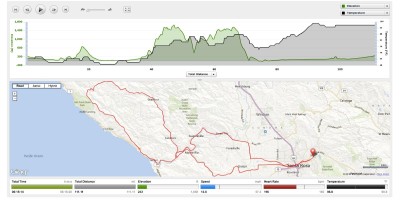 How about that heat? What a delight!! I marvel at what great weather does for motivation. It has a powerful affect on me. Friday, the hills were calling and I got to do one of my favorite things: climb Pine Flat on a hot day. And even better, descend Pine Flat for 16min with the warm air wooshing by. Then, it was a nice, hilly, hard group-ride out of Echelon. Surely, if endurance sports would have been around for Hemingway, and even Valley of the Moon’s Jack London, they would have met with a contentment that can only be referred to as happiness. I think these guys, two of my heroes, spent too much time in their heads. I think they would have liked a nice, hard climb out on King Ridge. I think it would suit them nicely. But who’s to say?

Still finding a balance with regards to keeping the good fuel coming in. After Saturday’s ride, all bets were off and the Di’Gorno pizza (with a tomato and two avocados) was on!! Good food is good but sometimes it’s all about quantity. Recovery was good and subsequently, I was able to have a strong Sunday swim. Monday’s diet again looks pretty healthy! 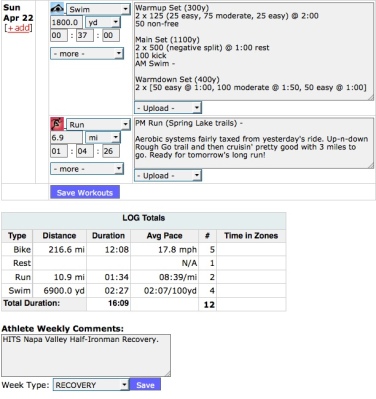