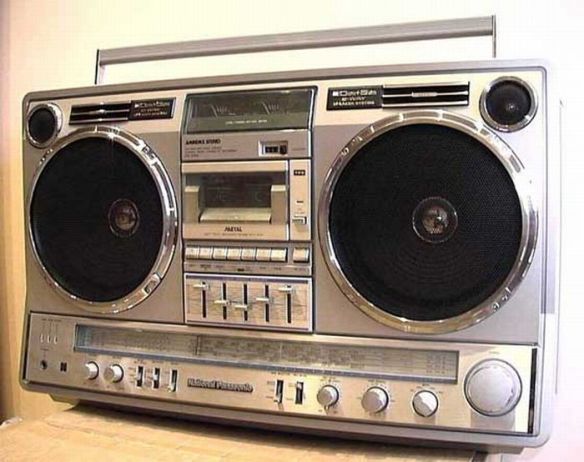 Every once in a while it’s fun to throw caution to the wind and just see what you can do. If you’re training for a one hundred mile endurance run, it’s probably a good idea to pump up the volume for a few weeks in training in order to get the body—and mind—ready for the big dance. As my favorite saying as of late goes—No Challenge. No Change.

Last week was my “Run DMC” for 2013, that is, last week I ran the most amount of miles with the most cumulative elevation of any other week of the year. The “DMC” in “Run DMC” stands for Days: Many. Consistently. During a Run DMC, you set a training goal that is “crazy smart.” To the outside observer, they’d be quick to dismiss you and say stuff like, “Dang son, you so crazy” or “Whoa sucka, that’s wack.” These folks think you have a screw loose. Little do they know that you’re a flash endurance sports wizard and can rock a training week jam like there’s no tomorrow. You know how put it together and make it flow, slow and low, and with some tempo.

I conducted my Run DMC last week, the week of June 3rd. Normally, I train in hours, not miles, but during a Run DMC, I like to go old school. So, I set the stage to run 150 hilly trail miles with about 30,000′ of elevation gain. I naturally like running long, that’s what I’m good at so that’s where I have the most potential for improvement. Yeah, weaknesses can be strengthened but we’re always going to grow most in the areas where we’re strongest. Why? Because we like doing stuff we’re good at! Thus, I figured this goal was crazy smart. It might not actually be that crazy to another runner who’s stronger, faster, and/or more talented than I. Likewise, it may not be that smart for a different runner to attempt my specific Run DMC. You have to know yourself and create challenges that excite YOU, and won’t leave you injured on the other side.

I’d come off Silver State 50 miler in good shape. I’d set my year up so that I could essentially rest the final two weeks of May, absorb Silver State, finish the school-year, and enjoy my students. So, I’d come into my Run DMC and find myself with two weeks of rest in the bank, it’s June in Sonoma County, and I’m out on summer vacation. With my teaching schedule, it’s best for me to do my A-Race of the year in later July so I can take advantage of training and weather in June. The Tahoe Rim Trail 100mi/50mi/50k is a battle I pick because it falls at the perfect time of year for me—lots of time for a healthy, fun build and time to fully recover before heading back into the classroom in August. 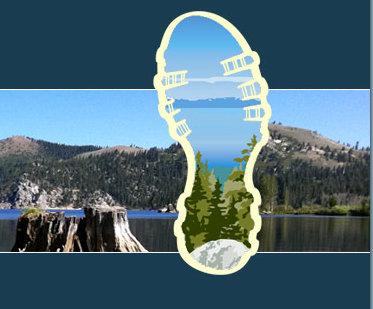 The Tahoe Rim Trail 100 (TRT) is an especially awesome trail running event, celebrated on pristine trail surface between 6000-8000ft elevation in Lake Tahoe. I’ve run it in 2009 and a little better in 2010. Of all the events I’ve ever done, TRT’s my favorite because of the venue’s astounding beauty and the challenging nature of the distance, terrain, and competition. Now I can’t expect to improve over my 2010 performance if I don’t shake things up and train differently, that is, training crazy smart. My Run DMC last week simply set the tone for the rest of my TRT training this month. Here’s how it played out [see training log below for reference].

Long Run. When doing a Run DMC or any bigger training week I prescribe to an hard/easy approach, keeping the easy days easy so the harder—quality—days can be harder, or higher quality. We want a nice return on our training investment so we gotta go easy when that’s the most appropriate thing to do. Ration energy accordingly. Just as success in a 100 miler is about being steady, so are these long runs.

Mix Master. Variety is the spice of life and I simply must run in different places to keep my sanity. Also, I like to run loops whenever possible. So for my Run DMC I book-ended my weekday running with long runs at Lake Sonoma on Monday and Friday. This loop is not only picturesque and fun, but I’ll bank about 5000′ over the my 26mi loop. These two runs alone account for a third of my Run DMC elevation.

Tempo. I built some tempo into my Wednesday–midweek—longer run at Sugar Loaf Ridge State Park. Sugar Loaf has the most similar terrain and inclines I’ll see at TRT so I’ll be running there a lot during this month. In just a 20mi loop, I can net 6000′ of vertical. Because I was concentrating on volume last week, I didn’t want to do a lot of tempo because too much intensity with very high volume is a recipe for disaster, and I have a lot more running after my Run DMC. Thus, I only had about 40min at tempo effort (1800′) where I pushed it up to the top of Bald Mountain, where I subsequently bonked and could not push to tempo later ’cause I didn’t bring enough calories. Tomorrow, I’m heading back, setting up my own little aid station atop Hood Mountain and see if I can rack up about 10,000′ of vertical. l definitely need a few of these efforts in my legs for TRT, which has about 25,000′ of vertical over its 100 miles. We do reap what we sow.

The Triple. The triple run on Sunday is inspired by fellow ultra-runner Duncan Callahan. A few years back, when I was learning how to prepare for a 100 mile run, I was intrigued to learn Duncan would conduct three runs in one weekend day. I’ve adapted this approach into my own training. I set out to do three 3-hour runs, one in the morning, one in the mid-day heat, and one at night. This way I can most simulate what running all day at TRT will be like without actually running all day. I gave myself four hours in between runs which might sound like a lot but with commuting, ice-baths, eating, and relaxing in between, the time goes fast. It panned out pretty well. The middle run went a little over so the last run didn’t need to be so long. It was kind of nice since I only needed about 10mi on that last run to hit my Run DMC goal. It was also nice to see my wife, Amanda, periodically instead of leaving the house at o’dark 30, run for eight hours and come home and be catatonic for the rest of the evening. Breaking up nine hours into segments throughout the day was really pretty tolerable.

Recovery. On Tuesday and Thursday, I’d do two shorter runs at an easy pace, to help keep the volume up without all the fatigue from running longer. Normally, I train is Hokas, but last week was special. I did all my running in a totally awesome pair of Adidas Superstar 80’s, which feature premium buttery leather uppers, 3M black stripes and heel tabs which pay tribute to DJ legend Jam Master Jay, complete with 1986 ankle signatures and dookie chain lace jewels. Pretty nice ride but I have to say, I love my Hokas more.

A Run DMC is best conducted during a week where you’re off from work. This way, you can train relatively stress-free. I might be out of school, but I’m still working a few hours everyday talking with and developing training plans for athletes I coach. But still, I can do that from home on my laptop in the backyard. During a Run DMC you want to wake each day without the use of an alarm clock. You want to take ice-baths after every long run. I grabbed a 20lb bag of ice after my second run on Sunday and jumped in the tub with it for 10min. I think it made a significant difference in how my legs felt for the night run. Tip for the ice-bath—fill the tub with cold water. Get in. Then bring in the ice.

I use compression tights after bigger efforts. I try to foam roll everyday and work on stuff that hurts. One thing about a Run DMC is that you’re training so much that you might just find that most if not all of your issues seem to vanish since you’re so loose from training. Of course, this is a temporary state but it’s sure nice while you’re in the midst of it.

Cycling. Saturday was really the day that held it all together. Getting on the bike and just spinning really helped the legs recover and prepare for a busy Sunday running. On Monday, post Run DMC, I was pretty wiped out, and ended up taking a full rest day, as planned. Today, I got in my scheduled two 75min runs and the legs are goin’ okay. Now lookin’ forward to a big day climbing tomorrow. We’ll see how that goes…

Overall, the Run DMC was a success and will surely be remembered when I toe the line next month at TRT in my fly new pair of Superstar 80’s. Game on >>> 😀

2 thoughts on “Pump Up the Volume”