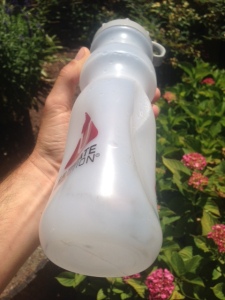 Ahhh… back at sea-level now, decompressing from this weekend’s adventures at the TRT Training Runs. Inspired by Matt Fitzgerald’s book, Brain Training for Runners, I continue to build on last year’s TRT100 preparation. In Brain Training, Fitzgerald writes about the essential nature of doing in training—as close as possible to—what you’d like to do on race-day. Okay, so he only offers training up to the marathon-distance, but I’m adapting it a bit for my own intents and purposes. It’s my working hypothesis that, for me, there’s great value in covering the 50mi course at the basic intensity at which I’d like to work on game-day, with the same race process (gear, food, hydration, etc.). Having this experience fresh in my “brain” as well as my body—assuming I absorb all this nonsensical training, I’m hopeful I’ll be able to execute the way I’d like. We’ll see…

Last year at the same training runs, I’d done about 43mi on Sunday, choosing to exclude the infamous 6.2mi Red House loop and keep the day more manageable. This time around I simply threw in Red House for good measure. With the 2013 ultra-running season, as well the 2014 spring race season under my belt, I was excited to cap off my week with these runs up on the course I’ll be racing on on July 19th, confident I could “get away with it,” without significant injury risk. I’ll be honest, these last two weeks I’ve been more than stretching myself in order to create the opportunity to see exactly how fast, i.e., how efficiently, I can cover the entire 100 miles come July. Tahoe gods willing…

The above was my loosely-laid plan to follow up on last week’s 190mi training week with 40,000′ of gain. Initially, I was hoping to hit 150mi, but I had to go with my gut and ensure I trimmed the fat in order to preserve health. Monday became a rest day and I took advantage of that by using one of the massages my wife, Amanda, got me for my 40th birthday. The massage therapist wasn’t exactly impressed with what I’ve been doing to my body, imploring that I must return to many follow up visits! Thus, it was a fine way to start the week. Then, slowly easing into it with two active recovery runs (to see if the body was going to allow me to continue running).

To address the issue of diminishing leg-speed with all the Zone 2 training I’ve been doing, I added a 100mi-specific tempo run to the mix on Wednesday, again listening to the body, waiting for it to give me the “green-light” to work harder. It took a full 1.5hrs on Wednesday’s run at Lake Sonoma for that to happen. A cool motivator was doing the tempo from Wulfow aid-station on the Lake Sonoma 50mi course back to the finish line. Considering what I had in my legs from the previous ten days, I had to be happy with a sub-9min/mi pace for those 17mi. I’m hopeful that this Wednesday, I’ll see that pace improve a bit, at about the same intensity. 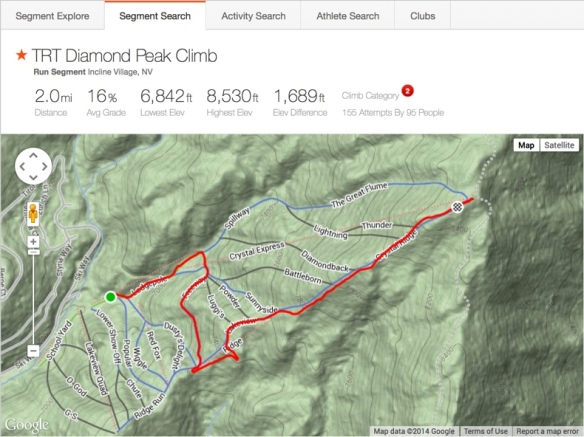 Preceding Sunday’s 50mi training run, I was pleased to make good time to Diamond Peak on Saturday, arriving there at about 2pm. I’d wanted to stash some water for Sunday and do the big ski-slope climb there a couple of times. Out of the car, I slowly made my way up to the top. I descended back down, had a breather and a gel, and did another ascent at about—what I felt was—my 5k race intensity. Just dying on the last bit that really pitches up, I arrived at Bullwheel having averaged only 13:09/mi for a bit over 26min of work (hey, it’s a ski-slope!). This little bit of intensity, coupled with Wednesday’s tempo, put me in an appropriate fatigued state, to run on Sunday. After all, running on tired legs is what running 100mi is all about, right? The reward for that “all-out” effort up Diamond Peak? Some solid active-recovery running from Bullwheel over to the Tyrolean Downhill, back to my car. An efficient 15mi effort with 4000′ of gain. And I got my water stashed!

Yeah so, pleased that the body is somehow holding up (knock on wood) and I was able to hit almost 150mi w/ just about 30,000′ of elevation gain for the week. The key, for me, surely, was having those training runs on the weekend to look forward to, since my motivation does wane in the midst of this once-a-year, insane, 3-week training block. Now, just one more week to go until a joyous recovery week! 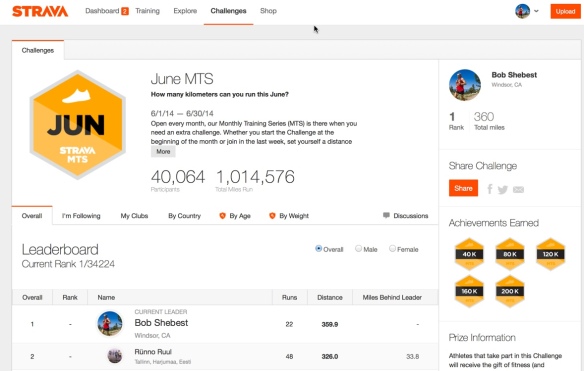 Strava’s June Monthly Training Series (MTS) continues (for only one more week for this old man). As I stated in my last post, I use the MTS only as a motivating tool, being cautious of the very real tendency of mine to do too much (understatement, yes, I realize that). Still, I like the challenge the MTS presents and getting to follow—and sometimes chat—with other like-legged runners from around the globe. Hey, normally when I participate in any other month’s MTS—if I actually check—I’m in 3,567th position, or thereabouts. Like I’ve said, we want Strava to work for us, not the other way around. Know thyself and above all else, keep it fun! 😀

A HUGE thanks to George Ruiz and his awesome crew for again hosting the fantastic TRT Training Runs. The volunteers at the aid-stations and the finish are enthusiastic all-stars! ALL I could think about those last, long 4mi, as I descended from Snow Valley Summit back to Spooner, was the promise of hamburgers and beer at the finish. And within minutes of stopping my Garmin, that’s just what I had. Maybe THIS should be my nutrition plan on race-day…