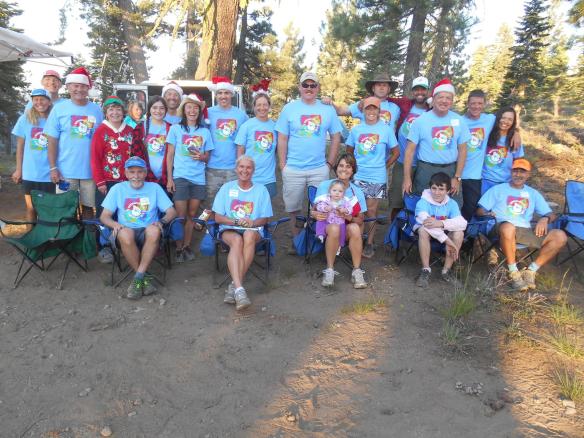 The year is winding down and there’s already lots of buzz about the 2016 season. Names are starting to trickle down onto that coveted Western States 100 entrants list. And much to my surprise and delight, I’m on it! I volunteered with Tahoe Mountain Milers (TMM) this year at States and that put me in their raffle for a shot at getting into States. Each aid-station gets to send one representative. Last year, I think TMM had just two entrants and I wasn’t one of them. So, on November 19th, the day of the TMM drawing, they had five entrants in the raffle, which makes sense, considering the growing interest in the event. TMM helps run my beloved Tahoe Rim Trail Endurance Runs, including the Tahoe Rim Trail 100, my first 100-miler back in 2009 and where I fell in love (became obsessed) with the 100 mile distance. I would go on to run TRT100 again in 2010, 2013, and 2014. This year, after running San Diego 100 in early June, I ran TRT50, then got “coerced” into pacing a friend in the 100. So it seems, I’d built up enough trail karma to have my name drawn on that Thursday night after 9pm.

Running with the gale force of TMM in my sails will be a huge motivator in the prep for States as well as running smart and strong on race-day. To come through the TMM aid-station at mile 10 and see the folks that made my race possible… well, I imagine it’ll be challenging to keep myself composed. Until June though, the focus will be on integrating all I’ve learned from the seven 100s I’ve trained for and raced, then do my best to nail the States prep and execute to the best of my ability on that big day in June . Excited for the opportunity and grateful I get to run Western whilst I’m still at the top of my game. As can be expected, I do have some lofty goals planned.

Backing it up to where we are now on the calendar, it’s a mere 5 days out from yet another North Face Endurance Challenge 50-miler. The difference a year makes! Twelve months back I was out-of-commission with a compression fracture sitting on my ass in Auburn, biting my nails at the Western States Lottery. I remember thinking to myself the whole time: I wish I were racing North Face… I wish I were racing North Face…

After Run Rabbit Run 100 in September, the idea of putting up 80mi weeks for North Face in December didn’t seem like a good idea. Nor did it seem like a lot of fun. Once October hit and I started getting back to running, I figured endurance was in the bank and that what I really was getting jazzed about was shifting gears and doing some faster stuff. After establishing some base miles post-Run Rabbit, I went out and did two Inside Trail Racing 30k’s, on consecutive Saturdays in November, hoping that the experiences would do something special for my North Face 50 on 12/5.

I enjoyed the 30k’s more than I expected. I believe that had something to do with the fact I’d been doing hard sessions all year long, so the 30k intensity wasn’t so overwhelming. I typically run a 50miler around 142bpm and both these 30k’s averaged out to be at 153. I’m hopeful I can push the HR at NF a bit higher than normal for the first 30mi and still feel controlled, since I’ll have these bad boys in my legs!

Mental toughness must be mined and I recognize these guys down in Marin have it in truckloads—getting to push one another on a basis that’s as regular as they want it. Thus, the task at hand at Tam was really racing (like running fast for a change) and fighting hard over the whole 2.5ish hours, and still come in down the results list. The whole is greater than the sum of it’s parts! 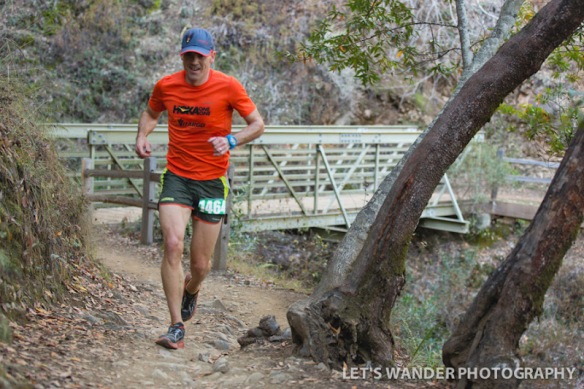 A week later, at Peacock Gap, at China Camp, Ukiah’s Ewe Ferrara was again racing after edging me out by quite a few minutes at Tam. Seems like I can catch him in a 50k or longer but just can’t hang at shorter distances, like those totaling some 19-ish miles. When he worked his way around me after a couple of miles, I took advantage of the opportunity and pushed pretty hard just to keep him in sight for some 10 painstaking miles. I like I think I can run downhill well. I was bested toward the end of the race when Ewe dropped me on a long, technical downhill. I definitely got was I was looking for by racing on these two occasions. At 29, Ewe’s getting stronger and tougher with each race. I am hoping to pay him back though at North Face on Saturday! 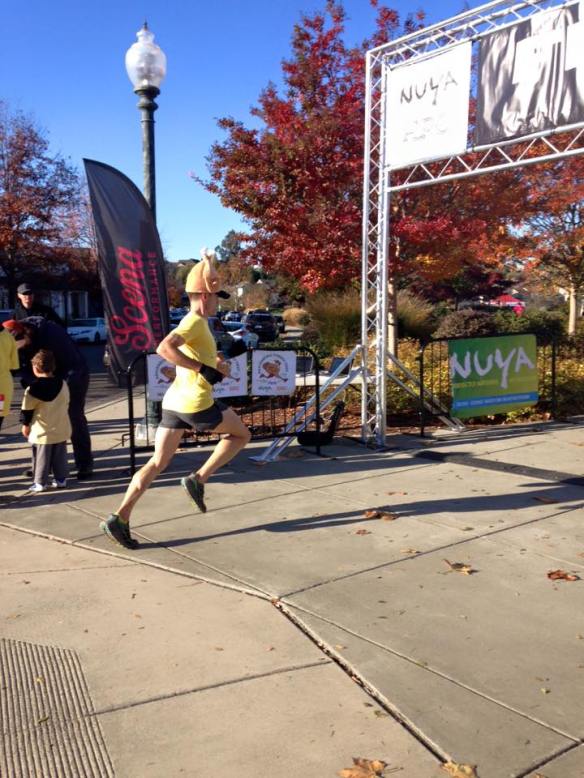 To get one last shot of speed in my legs, I had to go do the Turkey Trot, put on by Scena Performance and sponsored by Healdsburg Running Company and Nuya Nutrition. This NF prep’s been a dramatic break in how I normally train for ultras, but I do feel that there’s a time for all things under heaven, so to speak, and sharpening with races seemed like what my body and mind were up for, whereas, so often, the urge to keep stacking up big weeks seems as much or more appealing. In the end, my hope is that I’ll get through NF actually having placed less cumulative stress on my body while getting to the start-line on Saturday with greater fitness than if I’d just continued running big miles. Time will tell.

That turkey trot though? No joke. Turns out Scena decided to make it a pretty sweet little trail race of about 3.5mi in distance. Thankfully, I had those two recent 30k’s in my legs and head, ’cause I needed every bit of fitness to race this hard from beginning to end. Funny too, ’cause I’m in this NF50 head-space and just treated this turkey trot like it was an A-Pri event. The more you sweat in training, the less you bleed in war.

I arrived a good hour before race start at 9am. Temps were hovering around freezing and I had on all my cold weather clothes from Run Rabbit Run back in Sept. (I had washed them). I was still feeling Peacock Gap, five days earlier. My legs were slow to warm up. I ran the majority of the course twice during the warm-up. Pretty funny since most races I run, there’s no way you’re going to see the whole course in the morning before the start, let alone run it twice. What a treat! Anyway, the warm-up and course knowledge helped me form a plan of attack to try and stay in front of the youngsters. After summiting the final little climb—at about mile 2!—it was downhill running on some technical stuff then a return to flat black-top to the finish. Strava said I was doing 5:03 pace that final half-mile to the finish. Crazy fun. The technical downhill helped me open up a gap. I edged out 2nd place by a whopping 32 seconds. Again, super fun to run fast. I need to keep doing more of this kind of stuff—at least the 30k’s!—to build some rockin’ leg speed for States, while being very mindful of over-racing and increasing chance of injury.

I’m hoping I have that extra gear over the final 20mi of North Face this weekend. I’m more fired up for this one than any of the other 4 I’ve done. Not having raced last year certainly has contributed to the stoke!

Parting Shot: Nothing like bringing home a puppy to ensure a quiet, relaxing race-week!

Faster than Twitter, thanks to my beautiful, loving, and highly supportive wife Amanda for her thankless job [even from afar] as “First Responder.”  |  Thank you to Julbo Eyewear for the beautiful, functional, and comfortable sunglasses. It’s GREAT to be working with you!  |  Thank you to Hoka One One for your continued support and producing the best shoes out there—#LetsGoHoka!  |  Thanks to Inside Trail Racing for offering so many fantastic races in great places.  |  Thanks to Vitargo for the steady energy and SIMPLIFYING my nutrition.  |  Thank you Healdsburg Running Company for all the wonderful support. HRC rocks! | Victory Sportdesign produces the best drop-bags in the biz!